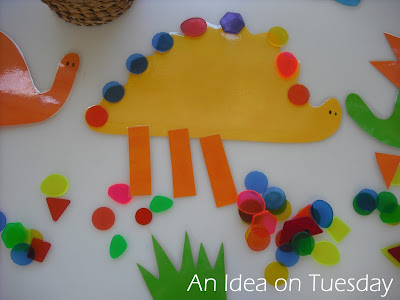 There were squeals of delight when the children arrived today to find dinosaurs in and around the classroom. Dinosaurs are always a favourite topic. The children decorated very simple dinosaurs on the light table with pegs for legs and spikes and coloured perspex shapes to create a fantastic dinosaur scene. (I just cut out and laminated simple shapes which were very effective.) 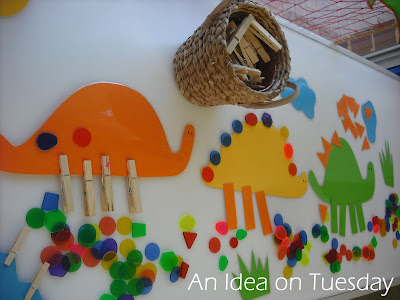 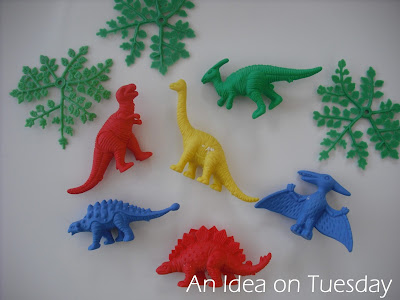 We discussed our favourite dinosaurs and looked at pictures of fossils. The children then chose a dinosaur to push into the salt-dough to make an imprint. Pterodactyl was the most popular! The salt-dough was a recipe from the internet which I cooked for three hours. 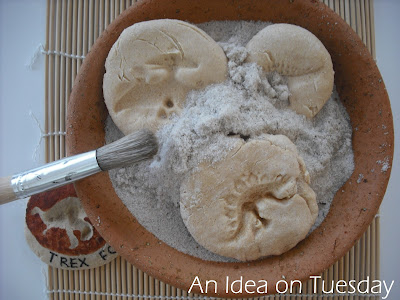 The finished fossils. Next week we are going to make dinosaur tails and pretend we are palaeontologists looking for our fossils in the sandpit. 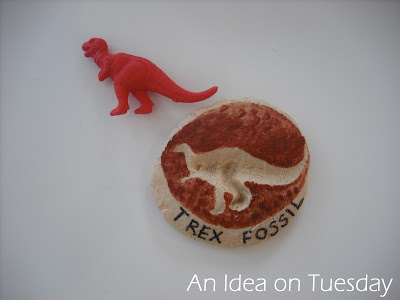 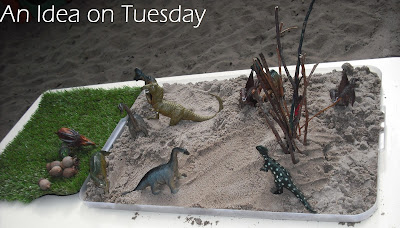 Dinosaurs in the sandpit. 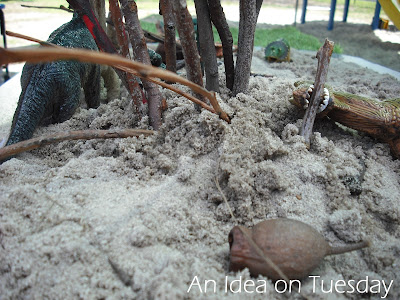 Dinosaurs at the wonder table. 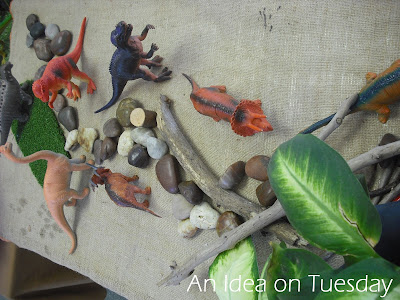 Counting and sorting dinosaurs according to colour. Lucky we did this activity outside as there was more rice on the floor than in the tray! 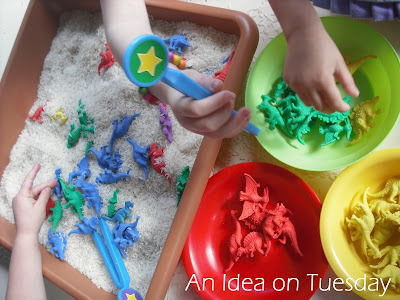 Have fun trying some of these dinosaur in your classroom or at home! Let me know how you go.