These Pirates are quick and easy to make and are very inexpensive. They are fun to play with in all areas from the block area, outside, in the book area or as we have done, on the wonder table. I added a small pirate ship, some treasure and a treasure chest. 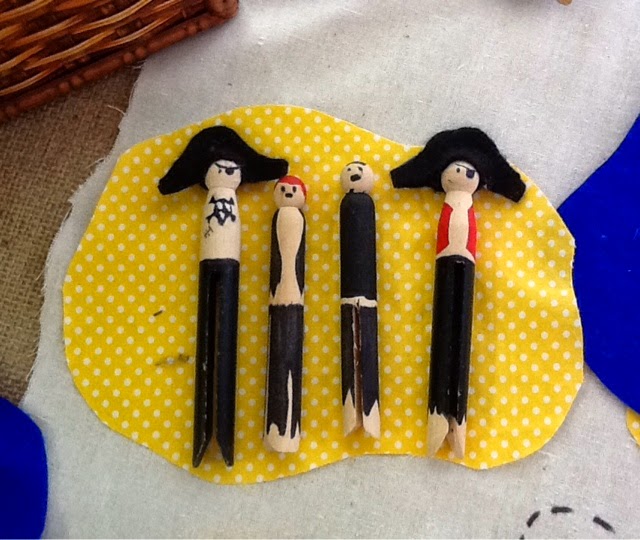 Peg Mermaids
These are always a favourite in my classroom. The main problem is that most of the girls only want the pink mermaids!! These are super quick to make and could be used for colour activities, counting or story telling. 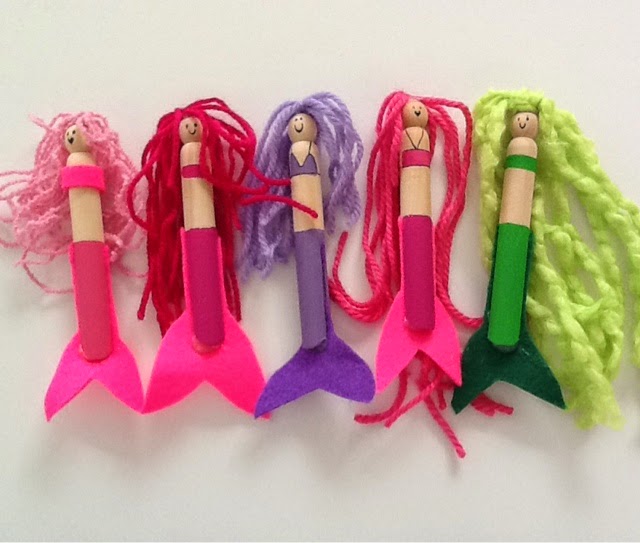 Simple Reusable Pirate Map
I drew a simple map on some calico with a black marker and then painted some land marks with gold paint. I painted some pebbles with the same markings so the children had to match the patterned pebbles with the parts of the map.
I left the map pretty much a blank canvas so the children can add any of the natural materials we have on offer at the wonder table. 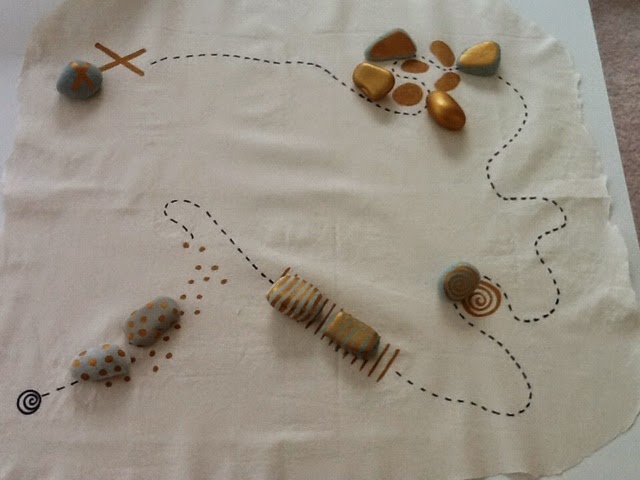 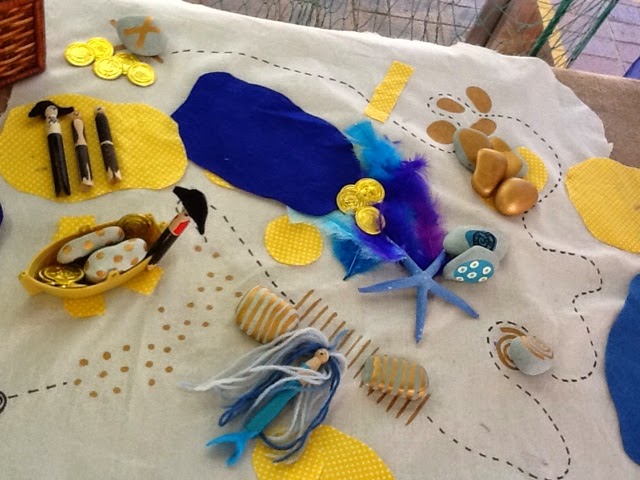 Individual Pirate Hats- Alphabet Pirates
Instead of having the normal skull and cross bones on the pirate hats, I decided to cut out the first letter of each child's name in white. They had to try and find their letter and glued it on their hat. They were all talking about the letters and could identify each other's hats.
We hung a Pirate flag from the fort and we were alphabet pirates!! 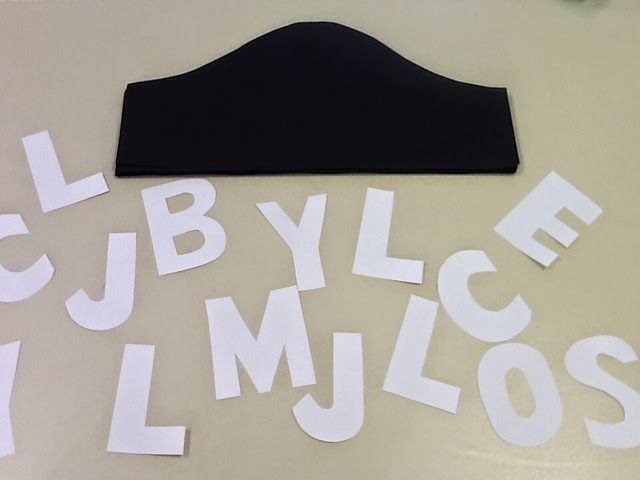 Don't mind that the S is reversed- these are 3 year olds and we encourage all efforts!!
See you next week.
Niccola