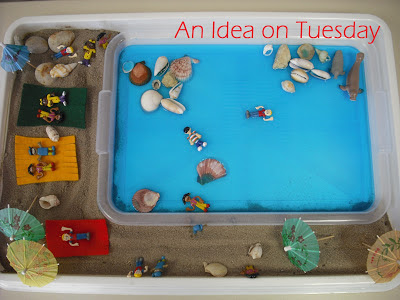 Our Summer sensory tray was extremely popular today. Partly because we are having an extreme heat wave at the moment and putting our hands in the blue water was nice and cool but more importantly it provided a huge variety of play opportunities. Children were pretending to be the tiny people swimming, lying under the umbrellas and playing in the sand. It provided a wonderful platform for language development. 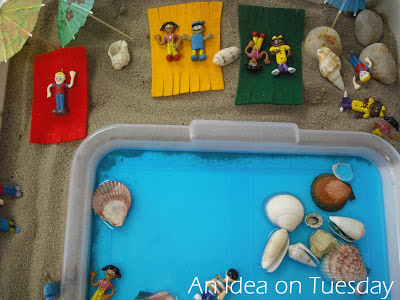 Two trays were used to create the Summer scene. A drop of blue dye added to the water made a crystal clear ocean. Pebbles, shells, cocktail umbrellas and little felt towels were used to set the scene. 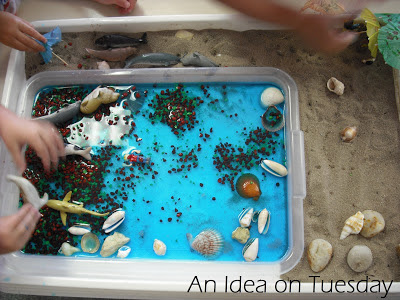 Continuing the sea theme we added turtles to the playdough and let the children make prints with the turtles. We also provided a variety of materials to print patterns on their playdough turtles. 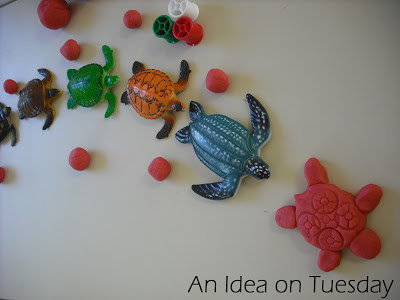